American reality star, Tamar Braxton has taken to social media to advise her fans that they should learn to keep their relationship off social media if they truly love their partners and want things to work out between them.

The 43-year-old mother of one, who has had two failed marriages, took to her Instagram story to drop the message, saying: “If you love them and you want it to work…keep it off social media Periodt.” 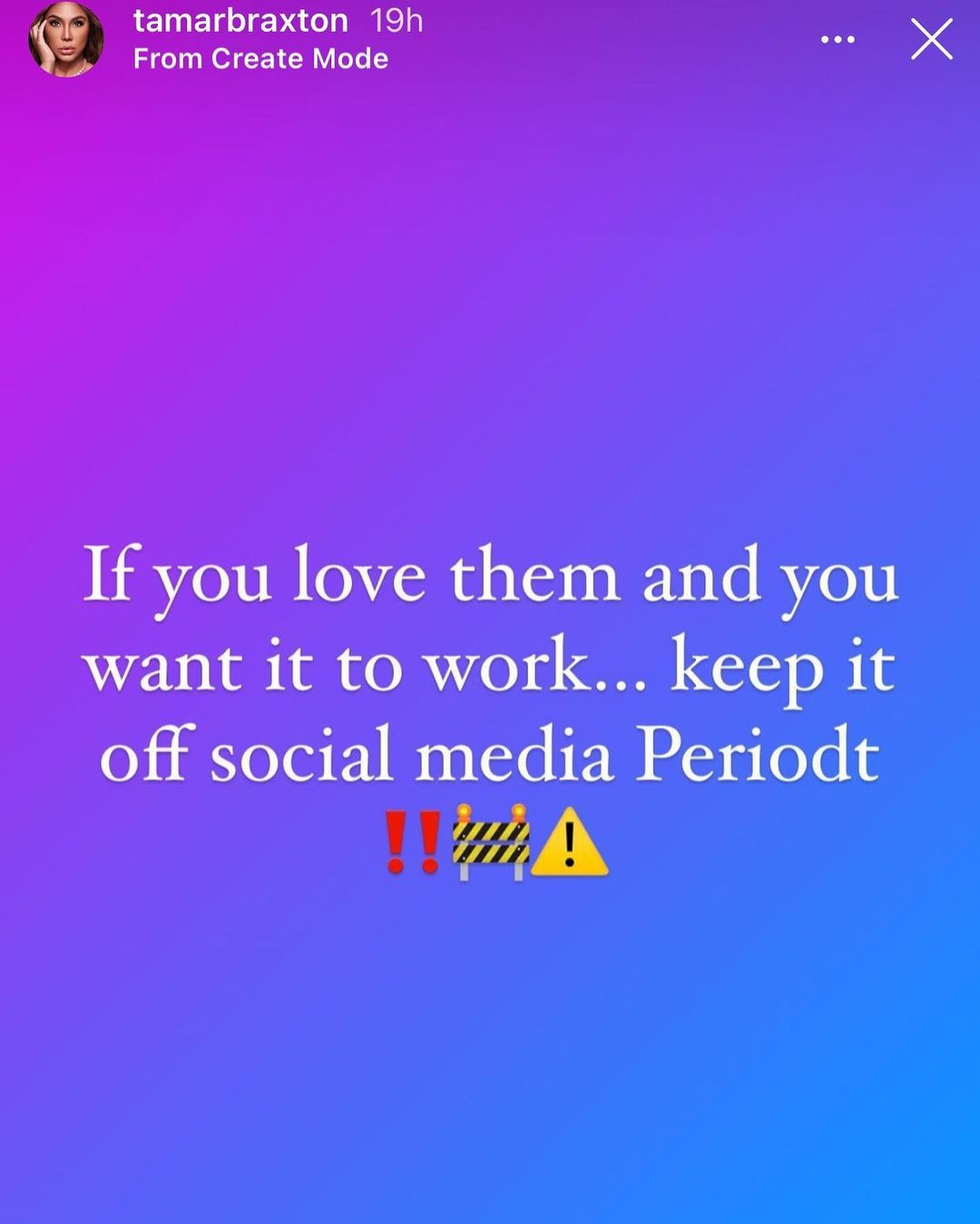 Tamar Braxton was previously linked to a US based-Nigerian financial advisor, David Adefeso. The pair went their separate ways after the reality star accused Adefeso of assaulting her and threatening to kill her in a murder-suicide, the claims which he later denied.